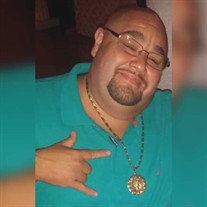 The family of Guadalupe Nino Hernandez III created this Life Tributes page to make it easy to share your memories.

Guadalupe &quot;Lupe&quot; Hernandez III, age 46, went to be with the Lord...

Send flowers to the Hernandez family.