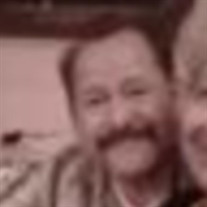 Jose Angel Morales (Joe / German/Flaco), passed away peacefully at his home on Saturday, January 29th, 2022 at the age of 68 years. Joe was born on June 22nd, 1953 and raised in San Antonio, Texas. His parents, five brothers and a sister preceded... View Obituary & Service Information

The family of Jose Angel Morales created this Life Tributes page to make it easy to share your memories.

Send flowers to the Morales family.