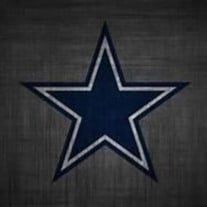 Mr. Santiago Gonzalez was a beloved husband, father and grandfather, Santiago Gonzalez, passed away quietly on Sat. 5/21/22 after a 1 ½ year long struggle with Covid related complications. Most people would describe him as a man of few words but those who spent time with him knew he had many passions. He loved his Dallas Cowboys and San Antonio Spurs. Oftentimes, if you visited his home during a game, you could hear him yelling at the television as you walked up the sidewalk to the front door. He also loved being a grandfather and when his grandkids were young, he would often take them to the park or show them how to catch birds in the backyard, Tom and Jerry style, with a box and string. He also liked telling stories about the various things he would catch to eat on his way here from Mexico… squirrels, turtles, lizards. There was much debate on how much of that was actually true. Fishing was a favorite past time, as was grilling outside or going to the river. Essentially, anything that combined family and the outdoors was a perfect day for my dad. His love for travel came later in life once his grandkids were older. He embraced sharing the experiences with those he loved most. New York, Key West, Jamaica and the Grand Canyon, each trip was a new memory marking the journey he started when he was not quite a young man coming from Mexico. Santiago began his journey as a teenager, travelling to the US several times in hopes of better jobs to help his mother and siblings. Eventually, he met and married his wife of 49 years and began his own family, finding ways to support them all even without the advantage of an education or knowing the language. A lifelong baker, he would join HEB where he was recognized as a dedicated employee, often being called upon to teach other bakers, from his store and others, the skills he had accumulated over the years. Not one to enjoy the spotlight, he preferred to stay in the background even when he was the cause for celebration. The one exception he could not avoid was when he received his US citizenship at the age of 64. Putting aside any personal anxiety, he knew this was an important milestone in order to have a voice in our country’s decisions and therefore, his family’s future. He was the foundation of his family and a continuing inspiration. We will miss hearing him sing his favorite telenovela theme song, or cheering on his Spurs….or helping him make his empanadas. His journey has taken him away from us, but we know it is only temporarily. Santiago Gonzalez is survived by his Wife- Catalina Gonzalez, Daughter- Sylvia Aponte and Son in Law- Mark Aponte, Son- Carlos A Gonzalez, Grandson- Luther C Aponte, Granddaughter- Chloe G Aponte, Sisters; Felisa, Rosa, Patricia & Isabel and Brothers- Alfredo, Pedro, Antonio & Juan He is Pre-Deceased by Father- Javier Gonzalez, Mother- Juana Ginez, Sisters- Guadalupe, Francisca, Sylvia, and Brothers- Benjamin and Carlos Antonio

Mr. Santiago Gonzalez was a beloved husband, father and grandfather, Santiago Gonzalez, passed away quietly on Sat. 5/21/22 after a 1 ½ year long struggle with Covid related complications. Most people would describe him as a man of few words... View Obituary & Service Information

The family of Santiago Gonzalez created this Life Tributes page to make it easy to share your memories.

Mr. Santiago Gonzalez was a beloved husband, father and grandfather,...

Send flowers to the Gonzalez family.